The golden age of motoring may be long gone but there is still much to be said for the flexibility of touring by car. And when the car is a bright red, open-topped MG, it’s possible to recapture some of the old romance of travelling Britain’s highways and byways.

There are so many places my wife and I want to visit in Britain. To tick off several of them in one holiday, we planned a 12-day tour that would allow two days of exploration and recreation at each stop.

Our roadster, “Hotty” (read the number plate backwards: Y552TOH), is an 11-year-old MGF. A two-seater sports car may seem like an extravagance but actually she’s quite practical and she cost no more than a second-hand family saloon. Her boot is big enough for two large holdalls and several smaller bags, so as long as the trip only involves two people there’s no problem. She’s also quite fuel-efficient.

This is a modern sports car, rather than one of those classics that require running repairs – which is just as well, as neither Tricia nor I are mechanically skilled. Our tool kit consists of a roll of duck tape.

To keep costs down we stayed mainly in Travelodge-type hotels. One lesson learned was that vacancies reduce and prices rise as the trip date approaches, so it’s best to book well in advance. Another was that satnavs need to have their maps regularly updated. Our Garmin didn’t recognise a number of the roads we used – and curiously it didn’t recognise Scotland at all until we crossed the border.

From our home in Cornwall we travelled first to Oxford, taking in the university, the museums and other Lewis and Morse settings. Next stop was my native Newcastle, where lightning struck the Tyne Bridge, a few hundred metres from our hotel, and torrential rain created fountains and rivers in the streets.

Rain was a constant theme throughout the tour, which meant that the MG’s roof never once came down, but it didn’t dampen our enthusiasm. In Dundee, where we received another good soaking, I revisited a number of old haunts from my university days. None of them are displaying blue plaques yet.

The Cumbrian coast usually offers spectacular views across the Solway Firth to Scotland – but not in weather like this.

The weather did, admittedly, obscure the beautiful views that we would otherwise have enjoyed on our drive from Scotland into Cumbria. There we spent a day in the seaside village of Silloth, where many of the features I recalled from my childhood holidays seemed to have been untouched by time.

Silloth retains much of its old world charm.

Being largely at the mercy of the satnav, we were delighted when it chose a scenic route across the Yorkshire Dales to Hebden Bridge rather than sticking to motorways. We were also lucky enough to be staying there in the brief interlude between two devastating floods.

The picturesque hilltop village of Heptonstall.

For the last part of the tour we treated ourselves to a night at the Abbey Inn in Buckfast, Devon, in a four-poster-bedded room literally overhanging the River Dart. It rained again, of course, but what else would you expect in July? 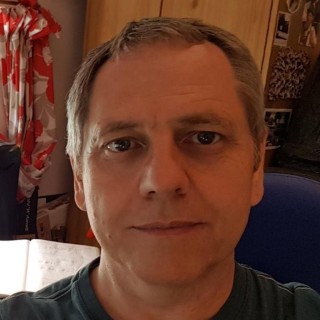